A Squirrel in My Backyard

You probably wouldn’t expect to read a piece about a squirrel written by me.  I’ve written most recently about building a vision for one’s business or life, developing a strategy for giving powerful feedback to others and the art of delegating work.  I’ve posted heartfelt thoughts on social media about the turmoil in our nation.  So, where does the squirrel in my backyard fit in?

The short answer is that he fits in because he brings me joy and because I want you to allow room for that in your lives, too.  I’ll get back to working on Pain-2-Power soon enough, and if you make time for the metaphorical squirrel in your life, you’ll get back to your work soon enough, too.

More on Mr. Squirrel (the name I chose for him, or her, not knowing how to tell the gender of squirrels).  He first appeared atop the stone wall that borders my backyard.  I was in the kitchen making coffee, looked out the window and saw him staring right at me.  I stared back.  It turns out it’s hard to look away from a squirrel when he won’t stop looking at you.  He had very big eyes and very cute hands and a majestic tail.  Majestic really is the word.  He may have been thinking any number of things, but I felt he was thinking, “He makes coffee for himself every morning, and if I keep showing up here, he might eventually take a minute to bring me some food.  I’ve seen him get some out of his pantry a hundred times.”

Granted, that’s a complex bit of thinking for a squirrel to do, but it’s what came into my head.  The fact that Mr. Squirrel was making nibbling movements with his mouth drove the point home.  And the very next thought that came to me was that there was a store that sold bird feeders and the like about two miles away.  Then, Mr. Squirrel ran off, leaving me feeling more alone than I had before he arrived.

Later that day I bought a bag of “Squirrel & Critter” food at that store.  Then, I waited for the next morning.  Sure enough, as I was making my coffee, Mr. Squirrel showed up on my wall.  I moved slowly, not wanting to frighten him, grabbed my bag of squirrel food, opened my back door and poured some onto the patio.  Then I closed the door and waited.  A few minutes later, I got my reward.  Mr. Squirrel came within feet of my back door and enjoyed a meal.  We were officially “friends.”

With parts of America ablaze, amidst a pandemic, with my absolute dedication to building a transformational life coaching and counseling platform keeping me up through the night some nights, I realized that life still had unexpected moments of levity and warmth for me.

My morning ritual with Mr. Squirrel has now been repeated dozens of times, with a few twists.  First, one morning I went outside to feed him, poured his little pile food onto the patio, headed back into the kitchen and saw Mr. Squirrel sitting in the kitchen, right in the middle of the floor.  I didn’t know what to do, so I simply said, a bit sternly, “Go!  You need to leave.”  He ran right past me, out the door.  I felt badly, after that.  I really did.  But I couldn’t be that gracious a host.

Second, my executive assistant was kind enough to buy Mr. Squirrel his own little picnic table, since it turns out squirrels will eat at tiny picnic tables.  I do not know how she knew this.  But she did.  So, now, Mr. Squirrel has a proper place to dine. 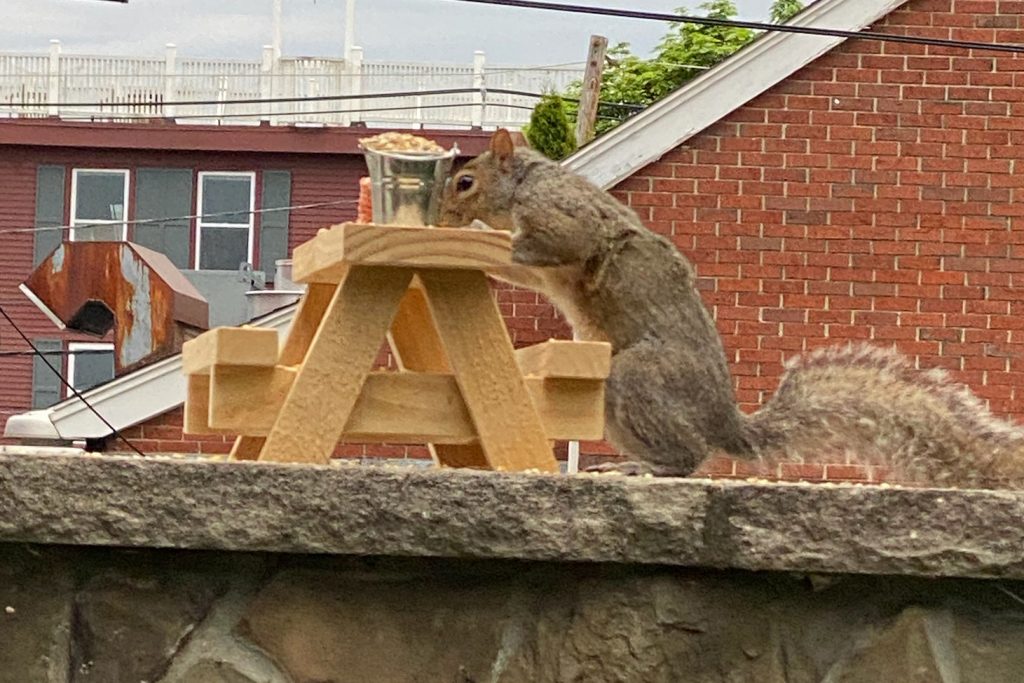 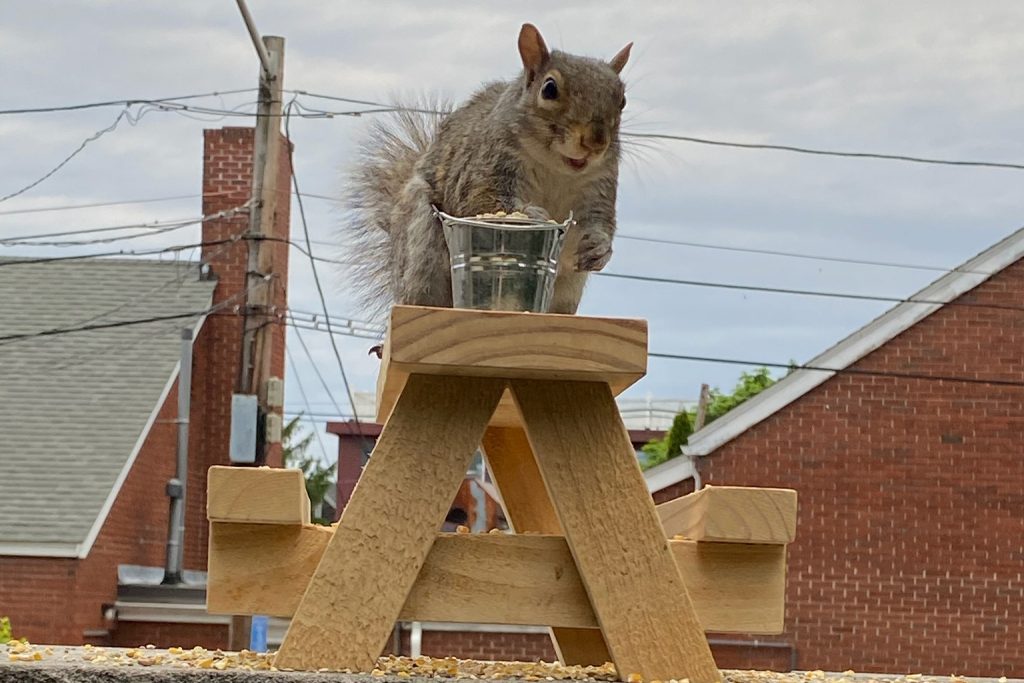 America is still mired in problems I take to heart.  My life still includes all the challenges it did before I looked out my kitchen window and met a squirrel.  I still join in the hopes and dreams and battles of my clients and take them very much to heart.  But amidst all that, I have a little room for Mr. Squirrel, and that has enriched my days.

Small things matter.  Let yourself enjoy a few of them.  Treat yourself to laughter, lightheartedness and love when you find it.  There’s plenty of time for the quests we will undertake, individually and together.

One response to “A Squirrel in My Backyard”

You were born to be powerful.

Sign up for your FREE roadmap to personal empowerment.

Simply enter your email address below to download it now.

We promise not to use your email for spam and only send selective updates.